Jennifer Behar Cervera is a Miami real estate expert and development sales specialist, who has sold more than 500 South Florida pre-construction residences since she began her career in 1999. In the process, she has been the real estate professional of choice for celebrity clientele, including Jaime Camil, Maluma Alessandro Nesta, and Sylvain James Marveaux. Now, more than 20 years later, she continues to set sales records and achieve professional acclaim.

In 2001, Jennifer joined Cervera Real Estate and was named “Rookie of the Year.” She has since been recognized as a perennial Top Producer for the firm’s Development Sales division and earned a reputation for selling the most expensive penthouse units in several high-end preconstruction condominium properties. Most recently, Jennifer led the successful sellout for Natiivo Miami in 2021, registering 103 sales exceeding $63,000,000 USD.

Behind Jennifer's success is a passion for the Miami lifestyle that spans nearly 40 years. A native of Puerto Rico, she spent her childhood in California before moving to Miami at the age of 12.

“Real estate and I were simply meant to be. I met my future husband in this field and became a part of one of Miami's most respected real estate companies,” says Jennifer Behar Cervera, who is married to Javier Cervera Jr., a commercial real estate power broker and the son of Cervera Real Estate founder and Chairman Alicia Cervera Sr. “It was one of the best decisions I could have ever made.“

While she is regarded as a pre-construction specialist, Jennifer is also incredibly knowledgeable about popular single-family neighborhoods such as South Miami, Pinecrest, East Edgewater, Brickell, and South Beach. She has lived Miami's dramatic transformation into a world-class city with top restaurants, arts, entertainment and more that define the modern Miami experience.

Yanet De Castro first made a name for herself at Cervera when she earned Rookie of the Year in 2003 honors for her work with One Miami, selling over $32 M in less than one year. From there, she went on to be a Top Producer at 50 Biscayne and later at Biscayne Beach, and was then inducted to the Cervera Elite Top Producer Club in 2015. Even at the very beginning of her career, Yanet was making a strong impression having sold a $1.05 million residence at Murano South Beach as a resale after only three weeks at the property. Throughout her more than 20-year career, Yanet has always brought enthusiasm and dedication to her work making her an incredible resource for anyone wishing to find the area's most unique and promising new properties.

As a specialist in pre-construction residential condominiums, Yanet's experience is extensive. Besides One Miami and 50 Biscayne, she has also been an instrumental team member for Grovenor House, Icon Las Olas, St. Regis Bal Harbour, Paramount Bay, Biscayne Beach, Aria on the Bay, and the highly anticipated Elysee Miami. She also provides detailed insight into other properties throughout Brickell, Downtown, Edgewater, Coconut Grove, Bal Harbour, and other Miami neighborhoods thanks to her 24 years as a resident here.

Yanet first came to Miami in 1993 upon enrolling at the University of Miami. She had previously lived in Curacao where her family had moved to from Cuba when she was 9 years old. She earned her Bachelor's Degree in Political Science and Psychology at UM and was also honored as a member of the Dean's List. After graduation, she landed her first sales-related job working for a local advertising agency, overseeing media buying, new media platforms, and high-end retail buying for such elite brands as Armani Exchange and Adolfo Dominguez.

Please fill the form below and we'll contact you shortly. 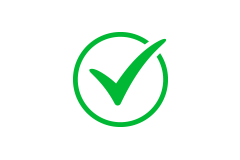 Thanks for contacting us!

We have successfully received your form submission and will take it from here. You have a great rest of your day.

By submitting this form, you are consenting to receive marketing emails You can revoke your consent to receive emails at any time by using the SafeUnsubscribe® link, found at the bottom of every email.

Inspired by her own family’s path in Real Estate and with Alicia Cervera as her mentor, Tensie applied her corporate experience and work ethic into her distinguished career with Cervera Real Estate spanning over 20 years. Farming areas from Doral to Miami Beach, Hallandale to the Florida Keys and having lived and networked in Fisher Island for over 12 years. Tensie has a well-rounded background in residential real estate, acquisitions, dispositions, mortgages, new construction, and design. All these skills combined make her the perfect choice when looking to buy, sell or invest on an income producing property.

Tensie has represented many Cervera preconstruction projects as new development sales executive as well as sales director. Recently she partnered with her niece Jennifer Behar Cervera and friend Yanet Miranda de Castro to form Cervera Lux Partners to maximize their impact in the international luxury real estate market. She is well traveled and a self-proclaimed foodie. Always a team player in the industry and known for her outstanding customer service. She gives generously to local charities and is an Angel of St. Jude. Fluent in both English and Spanish, she is sure to achieve results! 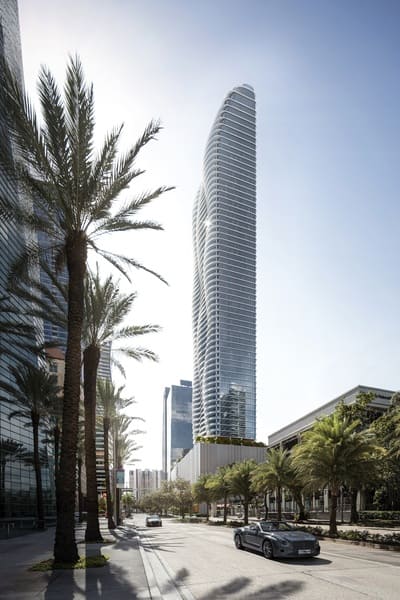 The Residences at 1428 Brickell is the world's first solar-powered high-rise residential tower.

Welcome Back
Not registered yet? Register now
or

You can see your saved properties
under your account

Your changes have been saved successfully

Please provide your contact information and one of our real estate professionals will be in touch.
CALL US (305) 439-2613

Email to a Friend

Recomend this to a friend, just enter their email below.

Information has been updated!

Your email was sent successfully

Your search has been saved successfuly.